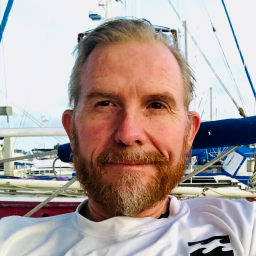 When you finally decide to buy that camera, the first hurdle that faces you is the DSLR vs. mirrorless question.

Although the mirrorless models are more advanced, many people still prefer their DSLR counterparts. And so most would ask, what's the fuss about these old-fashioned cameras?

In terms of image quality, these two models have significant similarities. However, the difference comes in the user experience.

To help you know what each of these models brings, we bring you a detailed comparison of the two in this article.

Mirrorless Camera vs. DSLRs: The Design

One major difference between a mirrorless camera and a DSLR is how they display the optical image. The latter uses a mirror to reflect the image onto the optical viewfinder.

When you press the shutter button, the mirror flips up when you expose the image sensor.

On the other hand, a mirrorless camera does not have a mirror. Instead, the light goes directly from the lens to the sensor for processing.

Another difference between the two comes in the viewfinders. Because of the design of the DSLRs, the final image we see is an optical image, hence the optical viewfinders (OVF). 3. Size of the Camera

These cameras also differ in size. DSLRs have larger and bulky bodies because they need extra space for the mirror and the prism. On the other hand, mirrorless cameras have smaller bodies, making them a favorite.

This is because they give the same image quality and sensor size as DSLRs but at a more compact and convenient size. However, you compromise on the features associated with a larger camera.

For example, small cameras have tiny buttons and dials, which makes it quite a task to change the camera settings.

Additionally, for people with larger hands, these cameras usually need to be bigger for the shutter button and other dials to be keyed correctly. Furthermore, balancing larger lenses on a compact mirrorless camera is challenging.

Regarding autofocus, mirrorless cameras have a single system that serves both the rear LCD screen and the viewfinder. This gives them faster focus speeds than DSLR cameras. The DSLR counterparts have two autofocus systems, one for the viewfinder and another for the live view shooting.

DLSR cameras have a wide choice when it comes to camera lenses, thanks to their existence that spans over decades. For example, you will have a huge selection of third-party options if you own a Canon EOS DSLR.

Mirrorless models, on the hand, offer access to a limited choice. However, the selection continues to grow, with camera manufacturers such as Nikon and Canon shifting their focus to mirrorless cameras.

There is an increasing number of third parties, such as Sigma and Tamron, making mirrorless lenses. It is also worth noting that some DSLR lenses are too old and incompatible with modern digital camera models. And this is true for leading companies such as Sony, Canon, Nikon, and Panasonic.

Also, some cameras have adopted the APS-C sensor size common in DSLR versions. Therefore, when it comes to image quality, there are no significant differences, and both DSLR and mirrorless cameras will get you what you want.

In terms of video quality, mirrorless models are the winners. This is because the phase-detection focus system makes the autofocus super quick.

Most DSLRs cameras, on the other hand, use a contrast-detection system; hence their auto-focus is slower and less precise.

As such, the resultant videos are usually blurry, especially in the middle of shooting video.

However, DSLR models such as Canon T7i and 80D now have on-sensor phase detection that has greatly improved their video quality to match mirrorless cameras.

Unlike DSLR cameras, they do not have a mirror mechanism that flips up and down; hence it is easy to take back-to-back photos.

Instead, they only have a mechanical shutter that lifts to expose the image sensor. Moreover, you can use an electronic shutter to set it to shoot more quickly.

Nevertheless, you can achieve a shutter speed similar to most mirrorless cameras if you go for the expensive DSLRs.

When it comes to battery life, the DSLR camera gives a longer battery life. This is because, unlike mirrorless systems, they can shoot without the live view, saving a lot of power.

On the other hand, their counterparts do not have that option and are made worse by the smaller batteries and camera sensors that stay active.

Shaky hands are sometimes inevitable when taking photos, especially in rough terrain, hence the need for an image stabilization feature.

Both mirrorless and DSLR cameras have an image stabilization feature that helps to counteract the shakiness.

Ideally, these systems are made to shift the lens or the sensor in the opposite direction of the shake. And thus, the image is stabilized.

Although DSLRs and many mirrorless cameras adopt the lens-shift method, some mirrorless models shift the lens and the sensor for greater image stabilization.

However, this does not lead to significant differences between the two models, and the difference is only in the high-end mirrorless cameras that offer five-axis image stabilization.

These models shift the sensor and lens vertical and horizontal axes along the pitch, yaw, and roll.

Another difference between the two comes in how the two handle dust.

DSLR sensors are located at the back of the camera and are protected by a shutter, so they do not easily catch dust. However, their location is out of reach and thus hard to clean.

On the other hand, the mirrorless camera sensor is located close to the lens throat and is thus more exposed.

Therefore, when compared to DSLRs, they catch dust easily. However, many of these models have an automatic dust removal feature that shakes off the dust. And also, because of how exposed they are designed, it is quite easy to clean them. This is evidenced by newer mirrorless cameras that have adopted full-frame and APS-C imaging sensors. Although there is some advancement in DLSR systems, the pace is much slower, especially with Nikon and Canon shifting their focus to mirrorless cameras. With mirrorless cameras advancing daily, electronic viewfinders have also evolved to give a high-resolution clarity comparable to that of OVF.

They come with brighter displays that allow you to see images in low light more brightly.

In addition, the great zoom functions allow for accurate manual focusing. And with the live preview, you do not need to review the image after taking it like in OVF.

With an EVF, you also have low susceptibility to eye damage when photographing in the sun. This is because you are not directly looking at the sun but at the photo on the LCD screen.

However, the electrical viewfinder tends to lag, which explains the difference between what you see and what your camera displays.

Although many improvements have been made to this, OVF remains a winner on zero lag time. This makes it the better choice for following fast-moving objects, especially in sports.

What's more, OVF gives you a naked-eye viewing, which makes it unique and a favorite to some photographers.

When it comes to DSLR Vs. Mirrorless cameras, your choice rounds up to shooting experience and personal preference.

The two models have relatively similar performance; the difference only comes in their physical design and how easy it is to work with them.

Some photographers prefer the mirrorless version because of the advanced technology and compact size.

In contrast, others prefer DSLRs because of their great old features, such as a big camera body, optical viewfinder s, and good battery life. 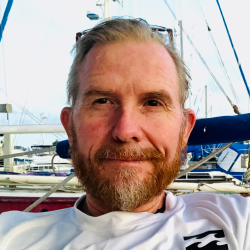